Poor surface drainage can lead to foundation damage and basement leaks. These problems can often be fixed by bringing in a foundation repair service to diagnose the problem. A foundation contractor doesn't just repair the damage done to the foundation, they also address the problem at its source so it doesn't happen again.

1. Is the Leak Near Eye Level?

One of the most obvious signs of a wall leak due to poor surface drainage is leaks at or near eye level when you are standing inside the basement. Often, the leaks will begin first near basement windows, since the corners of these windows are a point of weakness right at ground level. When leaks happen closer to the floor, the problem is groundwater and hydrostatic pressure, not poor grading that leads to surface drainage issues.

2. Is Water Mainly an Issue When It Rains?

Surface drainage issues mainly only occur during times of rain, snowmelt, or heavy irrigation. This is because the leak is the result of surface water, not the underground moisture table. Of course, the leak may persist for several days after the rain or snow since the water table may be elevated to near-surface level until the excess percolates deeper into the soil. If a leak tends to only spring up during rain or for the few days following, then you can be relatively certain its a surface drainage issue.

3. Do You Have Functioning Gutters and Downspouts?

Often surface drainage basement leaks are the result of water running off the roof of the house and collecting near the walls. The moisture leaks inside before it can drain away. Check your gutters if the leak is a new problem. If your gutters are damage or filled with debris, they won't route the runoff away from your foundation. Sometimes simply cleaning and repairing your gutters does the trick. If you don't have a guttering system, then consider having one installed so you can safely route water well away from your foundation walls.

4. Do Puddles Form Near the House?

Poor grading can also lead to surface drainage problems. Your yard should be graded so it slopes away from your home on all sides. If it doesn't, water from rain and irrigation will run toward your home instead of toward your sewers or storm drainage system. Other than a leak in the basement, you may also notice puddles on top of the ground around the perimeter of your home. In some cases, the water may sit just below the surface, creating marshy areas.

Contact a foundation contractor if you are having issues with leaks in your basement. 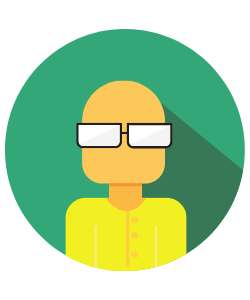 From kitchen remodeling to building your new home, a lot of planning goes into every construction project. From choosing the most logical and budget-friendly materials to sourcing the best contractor for the job, you are bound to need some insight along the way. That's where we come in. We keep tabs on all the latest sources to bring you the information you need to get your construction projects off to the best start. From construction industry news to helpful tips to carry you from planning to completion, we gather resources from every corner. Our intention is to make your construction project as easy as possible. Check back with us often—we add new construction posts frequently!